The Nutcracker is probably the most beloved Christmas ballet in America. The libretto was based on E.T.A Hoffman’s version of the story. The music was composed by Peter Tchaikovsky.

The first staging was in 1892 at the Imperial Mariinsky Theatre in St. Petersburg, Russia. Originally it was commissioned to be choreographed by Marius Petipa. However Petipa became ill during the project and the choreography was completed by his assistant, Lev Ivanov. This first production received some criticism. It wasn’t until George Balanchine revived it that it became what it is today. His production for the New York City Ballet in 1954 is what started the Christmas tradition that we have today.

Since its beginning it has seen many different versions and character names. For example the main character is sometimes referred to as Marie and sometimes Clara. The story begins at the home of the young girl (we will call her Marie) on Christmas Eve. Herr Drosselmeier, Marie’s godfather brings many gifts for the children. Among them is a nutcracker given to Marie which she loves. Her brother becomes jealous of the nutcracker and breaks it. After the party Marie comforts the doll and falls asleep. Mice appear and battle with the toys. Marie throws her shoe at the Mouse King. This turns the nutcracker into a prince.

To reward Marie for breaking the spell that the nutcracker was under the prince takes her to the land of snow and then to the land of sweets. The Sugar Plum Fairy begins a celebration and Marie is showered with many performances by her and other sweets. Finally the Prince and Marie marry.

Ms. Gina’s The Nutcracker book for preschoolers is available on Amazon!

The Wish Upon a Ballet™ Nutcracker Online Class 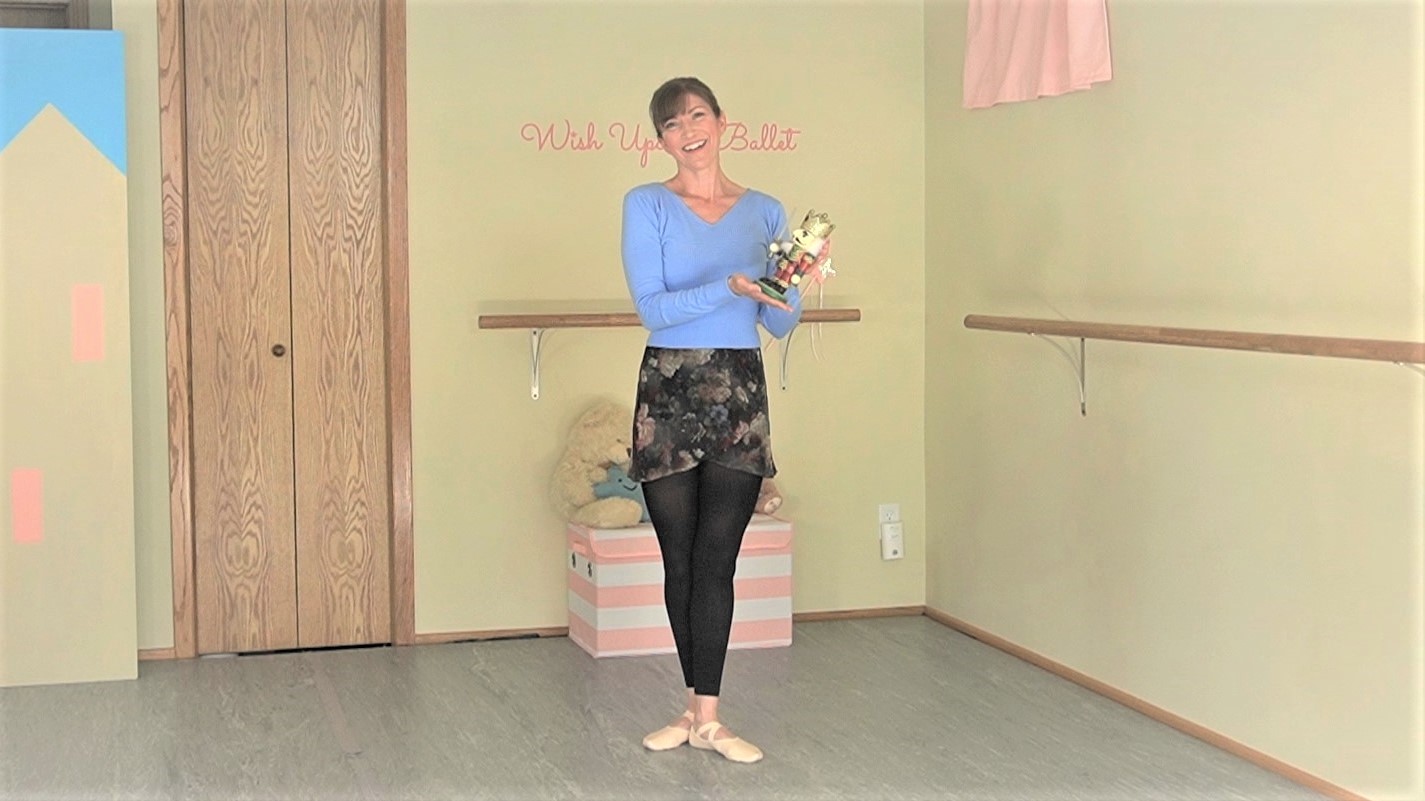