The ballet version of Cinderella has been performed many times throughout history. Unfortunately the choreography has not survived from most of them. Marius Petipa choreographed a production in 1893 for the Imperial Mariinsky Theatre that has not survived however it has a famous moment. Ballerina Pierina Legnani performed 32 fouettés on pointe, which was a huge feat at the time. Especially because pointe shoes were still being perfected.

Today musically, the most known version and most produced was composed by Sergei Prokofiev in 1944. He began writing it a few years earlier however he had to postpone his writing because of World War II to write War and Peace. It premiered in 1945 at the Bolshoi Ballet with choreography by Rostislav Zakharaov. Many choreographers have taken on the task of choreographing to Prokofiev’s work. If you were to see a production today it is mostly likely to have been choreographed by Frederick Ashton or Ben Stevenson. The Minnesota Ballet’s production of Cinderella

The story of Cinderella is very well known. It is about a girl living with her father, step mother and two step sisters. The step mother and step sisters treat Cinderella unfairly asking her to do all of the household chores. One day it is announced that the Royal family will be having a ball for the entire kingdom. Cinderella wishes to go however her step mother says she cannot go until her chores are finishes and she finds something suitable to wear. Knowing that she will not be able to have all of that complete in time Cinderella feels hopeless. Along comes her fairy Godmother who helps Cinderella by magically giving her a dress and slippers to wear and a carriage to drive her.

When Cinderella arrives at the ball everyone is amazed at her beauty and wonders who she is. The Prince is also stricken by her beauty. The two dance together until the clock strikes midnight. Cinderella remembers that at midnight the spell will be broken and her dress will become rags again. She quickly leaves the ball without telling the prince who she is. When she leaves one of her slippers falls off her foot. The prince finds the slipper and vows to find the girl who fit the shoe. The next day everyone tries on the slipper. When it fits Cinderella the Prince knows he has found his bride and they live happily ever after.

Ms. Gina’s Cinderella book for preschoolers is available on Amazon! The Wish Upon a Ballet™ online Cinderella class will be available later in 2022! 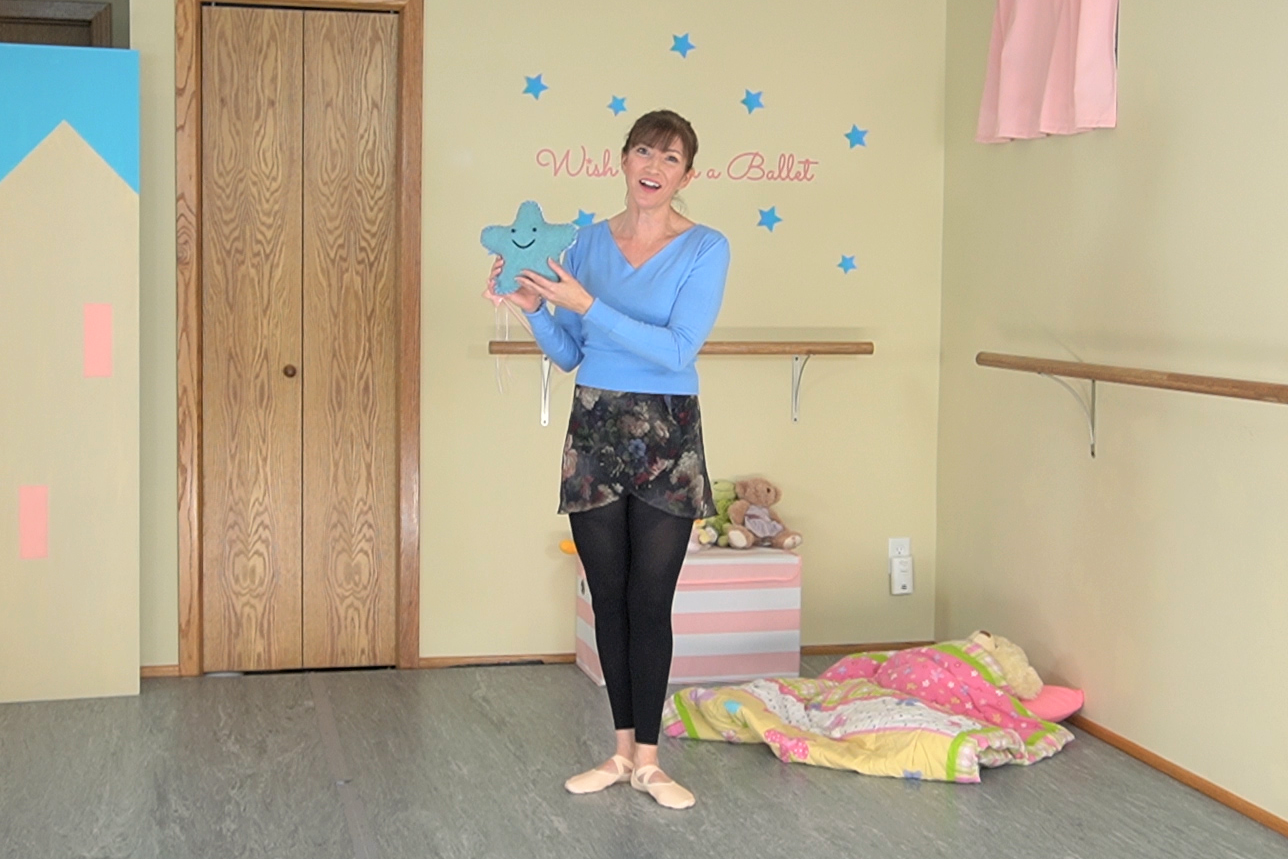