to their they have Before researching ballet history for this website I knew very little about it. However the more I researched the more interested I became. Dance seems to have always been around and served many different purposes. Whether in performance, celebration or in war dance was a part of history. I feel that there is just too much information about dance history to put on my site. In fact I feel every page is a summary of each era. I encourage you to do your own research on the subject. There are so many more interesting facts and people that I had to leave out.

Early dance can be traced back to India, Egypt and Greece. When we look at ballet, it seems the Greeks can be credited for the theatrics of dance. Greece was also very influential as far as the arts go in the western culture. Even after it was conquered by the Romans their cultured was still passed on.

Some scholars believe that the history of ballet in particular had its beginnings in Italy with the Italian Royalty. It was then brought to France and became more popular with the lavish parties for King Louis the XIV. Ballet today came about from these parties and we owe much to kings and queens of the 1400 and 1500 hundreds for keeping it alive and constantly evolving. People such as Catherine de Medici of Italy and King Louis the XIV of France were huge influences in their times. From dance in parties that the court took part in came dances that were completely performed by professionals.

In the 1700s ballet was becoming more defined, written down and taught. Ballet also became less about spectacle and more about dance expression and technical skill. The 1800s brought the Romantic Ballet where women started to become more prominent and toe dancing began. Towards the end of the period ballets such as Swan Lake and Sleeping Beauty were being created.

Moving into Modern Times The Ballet Russes began and more expressiveness and technique were being demanded from dancers. Reputable companies were not only in Europe and Russia but were popping up all over the United States as well.

Take a look at the section about diversity in ballet. The history of ballet also includes people of color and we need to recognize the obstacles they have overcome to participate in this art form they love.

Ballet today is still growing and changing. Companies are constantly raising the bar and perfecting and preserving old works as well as developing new ones. The skills of the dancers are incredible as you watch them perform endless leaps and brilliant turns!

If you would like to do more reading on the subject of dance history I encourage you to read the books that helped me with my research. Here are a few: 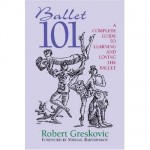 Ballet 101: A Complete Guide to Learning and Loving the Ballet

Robert Greskovic’s enthusiasm for ballet is infectious. The combination of ideal bodies moving into wondrous shapes, beautiful music, and often fantastic sets and costumes makes it, in his opinion, a near perfect art form. Still, many art lovers who regularly visit museums and galleries and think nothing of an evening at the opera or theater practically panic at the thought of sitting through a ballet. Ballet 101 should ease those people’s fears. Greskovic starts off with a lively but solid history of ballet, then covers the training of a dancer. These two elements alone offer an excellent foundation for understanding what’s going on on-stage. The book also includes clear information about the logistics of a performance–from the conductor’s arrival in the orchestra pit to the final curtain call, no pique, glissade, or arabesque is left unexplained. After covering these basics, Greskovic examines 14 ballets in great detail–most are classics like Les Sylphides, but a number of modern treasures like Balanchine’s Apollo are also covered. For readers yearning to take in more dance than their local ballet company offers in a season, the book includes an extensive videography as well as excellent suggestions for further reading. The tone of Ballet 101 is serious without being dry and informative without being condescending–a great find for anyone anxious to learn more about this often under-appreciated art form. 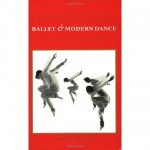 Now expanded and updated, this second edition of the original bestseller is an engaging interpretation of dance history—from the Ancient Greeks and European royal courts to the rise of the “American“ ballet and the explosion of modern dance. Short profiles, an extensive bibliography, a helpful index, and selections from primary sources are also included. 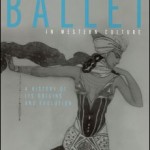 Ballet in Western Culture: A History of Its Origins and Evolution

Ballet in Western Culture is a history of the development of ballet designed for dance history courses. After a brief discussion of the origins of dance through the middle ages, the author then traces the beginnings of ballet to Renaissance spectacle in Italy and the beginnings of ballet in France. In the second part of the book, the maturation of ballet as a style is studied, from the 1600s through the 1800s, in France, Russia, and other major European countries. Finally, the last part of the book focuses on the changes in ballet through the 20th century, including major movements in the U.S. and Europe. Nicely illustrated with historic prints and photos, the book is easy to read and ideally suited to the dance history student, addressing both historical issues and the evolution of ballet technique.

Apollo’s Angels: A History of Ballet

For more than four hundred years, the art of ballet has stood at the center of Western civilization. Its traditions serve as a record of our past. A ballerina dancing “The Sleeping Beauty” today is a link in a long chain of dancers stretching back to sixteenth-century Italy and France: Her graceful movements recall a lost world of courts, kings, and aristocracy, but her steps and gestures are also marked by the dramatic changes in dance and culture that followed. Ballet has been shaped by the Renaissance and Classicism, the Enlightenment and Romanticism, Bolshevism, Modernism, and the Cold War. “Apollo’s Angels” is a groundbreaking work–the first cultural history of ballet ever written, lavishly illustrated and beautifully told.
Ballet is unique: It has no written texts or standardized notation. It is a storytelling art passed on from teacher to student. The steps are never just the steps–they are a living, breathing document of a culture and a tradition. And while ballet’s language is shared by dancers everywhere, its artists have developed distinct national styles. French, Italian, Danish, Russian, English, and American traditions each have their own expression, often formed in response to political and societal upheavals.
From ballet’s origins in the Renaissance and the codification of its basic steps and positions under France’s Louis XIV (himself an avid dancer), the art form wound its way through the courts of Europe, from Paris and Milan to Vienna and St. Petersburg. It was in Russia that dance developed into the form most familiar to American audiences: “The Sleeping Beauty, Swan Lake, ” and “The Nutcracker “originated at the Imperial court. In the twentieth century, emigre dancers taught their art to a generation in the United States and in Western Europe, setting off a new and radical transformation of dance.
Jennifer Homans is a historian and critic who was also a professional dancer: She brings to “Apollo’s Angels” a knowledge of dance born of dedicated practice. She traces the evolution of technique, choreography, and performance in clean, clear prose, drawing readers into the intricacies of the art with vivid descriptions of dances and the artists who made them. Her admiration and love for the ballet shines through on every page. “Apollo’s Angels” is an authoritative work, written with a grace and elegance befitting its subject.